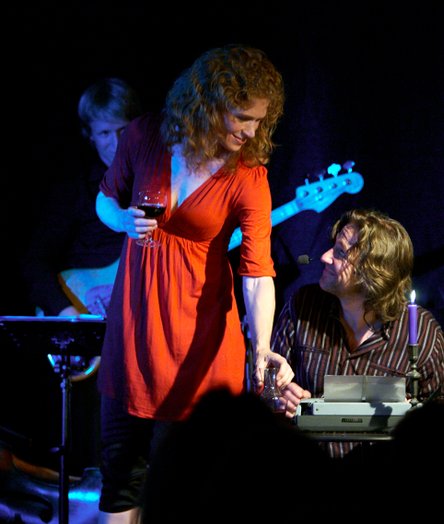 "Cohen's music is the place where God and sex and literature meet." (Jennifer Warnes)

But more importantly, it has reached out to the hearts of its audience and inspired people all over the country.

It premiered in Stavern, Norway, in 2008, and can still be seen on large and smaller stages all over our country.

Marianne Ihlen (So Long Marianne) has said: "A lovely and authentic portrait of an old friend".

The full scale show lasts approximately 105 min, including an intermission.

We do a large scale show with percussion and extra vocals for the large stages,

a trio version (with bass) for smaller stages,

and a duo version for the very intimate venues.

We also do a shorter version for private events and venues.